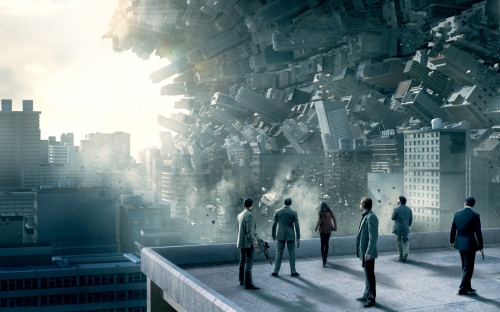 I’ve been trying to wrap my head around Common Table Expressions for a while, and all the tutorials I’ve read started out with “simple” examples that were way too advanced for me to follow. Here’s my attempt to write a tutorial that starts as simple as possible.

All this does is return a result set containing a row. Next, consider the simplest subquery:

This just selects all the results from the subquery — which in this case, is just a single row. A “Common Table Expression” is basically the same as a subquery, except assigned a name and defined prior to the query in which it’s referenced. Accordingly, the simplest CTE version of the above query would be like:

Breaking that down a bit further:

But a CTE can have multiple columns, too, and those columns can be assigned names:

Similarly, a CTE can query other tables:

Additionally, you can define as many CTEs as you want in a single query:

So, common table expressions can be used to restructure a query to make it more readable, by moving the subqueries out in front. But the real power of common table expressions is when you define an expression that recursively selects itself. They key to this is using a “Compound Select Statements”, such as the UNION ALL operator. This just combines two result sets into one (so long as they have the same number of columns):

Let’s break down why that query will never finish:

So we can “cap” that CTE by writing a query like:

This does the same basic thing, but we’ve limited the number of possible results to only be 2. Ok, so that’s all well and good, but what is this good for? It turns out, a lot. Say you wanted to generate a table on the fly containing the numbers one through ten:

To do this, we’ve defined a CTE named “ten”, with a single column named “x” (the column name is optional, but in this case we need it to refer to later). Then in the recursive UNION ALL, we keep adding one more row to the result set — each one larger than the row before — until we reach a limit of 10.

So CTEs can be used to generate a wide array of different types of data — such as date ranges, perhaps to join against when doing a historical analysis against a sparse dataset (where some months have no data, so a simple group-by won’t suffice):

But recursive CTEs can do more than just generate data. They’re essentially a powerful programming language that can be used to perform complex transformations on data — such as converting a comma-separated list into a table that can be joined against:

To explain a bit more about how that one works:

Now that might all sound academic. But it’s not uncommon for a database to have some table (eg, “nameValuePairs”) that stores arbitrary data — and sometimes that data is a comma separated list. Without the CTE, you can get as far as obtaining that list in the form of a string, but then you need to post-process it with Python or some scripting language to complete your analysis. With this CTE, you can convert the list into a standard result set, and then continue your analysis with the full power of SQL — including joining that result set against other tables.

For example, consider if you had some Github-style commenting system, where users could refer to each other inline by username (eg, “This fixes a bug introduced by @quinthar, thanks @genintho for the tip!”). And imagine this were stored as a simple string in a “comments” table. Normally it would be impossible to write a pure SQL query to determine which users were referenced inside the comment, so as to look up which to notify. But you could modify the CTE above to replace the “comma” with an “@”, and thus generate a list of all usernames mentioned in a comment. Then you could take that output and join against your account table to look up the email address for each of those users — producing a clean list of distinct email addresses to notify. Indeed, you could then put that straight into an INSERT statement to insert a command into a “notifications” table, queueing the email for later sending.

So CTEs enable transformations to happen inside SQL that previously would force you to switch languages. We’ve already talked about list-based transformations. But the last I’ll discuss sounds crazy: processing hierarchical information inside SQL.

Everybody knows relational databases are based on tables containing rows, and that you can join those tables together to produce — in effect — super large tables that can be analyzed as one. And many people know that you can join tables against themselves to do pretty tricky analyses. But without a CTE, at best you can join something against itself a fixed number of times — however many times you write the query to do. Enter the CTE and you can effectively join a table against itself as many times as it takes to complete the analysis.

Take for example, a company’s expense report approval hierarchy. This can be stored in a simple “company” table, where everybody’s expense report “approver” can be easily looked up by the employee’s “name”. The approval structure for any specific employee is both their approver, their approver’s approver, and so on until you reach someone who has no approver. The hierarchy might have different “depths” for different employees, so there’s no way to write a non-recursive query to select an employee’s approvers directly. But you can with a recursive CTE:

The upshot of all this is Common Table Expressions allow for extremely powerful data generation, transformation, and hierarchical querying capabilities — directly from within SQL. They take a bit to wrap your head around, but they open up an entirely new level of potential for in-database analysis and logic. Enjoy!