Once a month, Humans of Expensify will profile one of our team members, because behind every great expense report, there is an even greater human.

“They call it chess on ice.

The first time I curled, I was in college and I was living with my best friend, and she was always coming up with crazy ideas — ‘Let’s go to Turkey! Let’s go befriend this stranger!’

One morning, I woke up hungover and accompanied and she burst into the room and said ‘Wake up! We’re going curling!’  So we went to an open house and took a lesson, and five years later, we’re both curling competitively on opposite coasts. 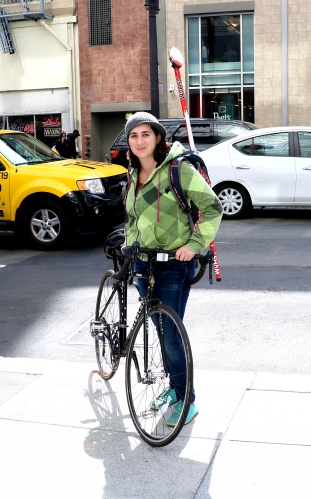 To me, curling is an intellectual sport, one that requires strategy.

You have to anticipate everything—how the stone will react on the ice, how it will react to other stones as they hit, how many people are on the ice and how that affects the temperature, and the speed of the stone.

As soon as I step on the ice, I let everything else go. Because it requires so much concentration, I really don’t have time to think about anything else.

I curl because it connects me to a diverse community outside of tech… and the winning team always buys the losing team beers.

Plus, sliding on ice is a lot of fun.”

Expensify is more than a company, we are family. We come from 5 different countries and 6 different time zones, and we all connect for one reason — to get shit done, together.

2 responses to Humans of Expensify: People that don’t suck!