Bringing Silicon Valley to the Midwest 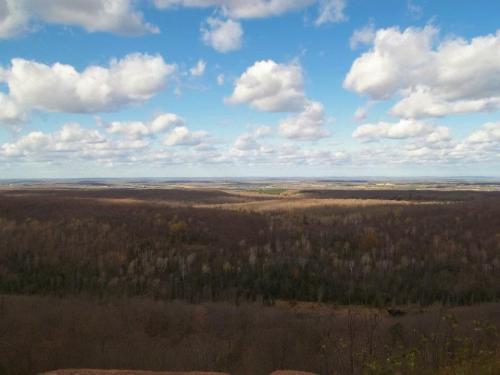 This is where I live.

I work for the best Silicon Valley Start-up, Expensify.  I also live right off the shore of the largest body of fresh water, Lake Superior.  Most importantly though, I’m helping to bring Silicon Valley to the area I love and much-needed jobs along with it.

In January of 2013, I was approached by another employee of Expensify that lived in the same area as I did.  He wanted to bring jobs to Northern Wisconsin and Upper Michigan.  He had been experimenting with three people for a couple of weeks to see if it was a viable option to staff a midwest workforce alongside our international team we already had in place and still stay cost-effective. These jobs could be seen as basic data entry positions easily trained to anyone with minor computer knowledge, but there is a growing amount of complexity as Expensify moves more into the global market and receives data from around the world to process for our clients.  The best part, the agents could work from home!  He was also looking into the possibility of bringing entry-level developer jobs to the area.  Where did I fit into all that?  He needed someone to help get it all started, maintain, and manage it.

At the time I was running my own computer repair business full-time out of my home and did contracted computer IT for local businesses.  After hearing his initial pitch about Expensify and what his vision was for the area, I was sold.  When you live in a town with a population of under 6,000 people, and don’t want to move out to Silicon Valley, you never really think you would get a chance to work for a San Francisco based tech start-up.  So, I started working for Expensify as an independent contractor, slowing building a data entry workforce, training them on the work in person and then allowing them to work from home after that.

I’m now a full-time member of the Expensify team and Expensify has brought over 30 jobs to the area and is still expanding!  Exploring more than just data entry jobs too.  How about some Help/Support Email Agents and some more entry-level developer jobs?  We’re looking to utilize an area and its population that most companies never think about.  Even better: we’re still staying cost-effective despite previously relying on a solely international-based workforce as our local employees have shown to be extremely accurate and efficient. This in turn pushes our international team to higher standards increasing performance across the board.

It’s extremely exciting to be a part of a company that is willing to bring Silicon Valley to an area that only hears about it from the news.  But the best part is to see the expression on people’s faces when I tell them that I live in Northern Wisconsin, but I work for a San Francisco based company.  It always leads to awesome conversations.

18 responses to Bringing Silicon Valley to the Midwest