Waking Up in Vegas

As two interns living across the country for the summer, we realized we could finally visit some west coast tech conferences without having to fly across the country. When one of our fellow Expensifiers mentioned that he was going to Defcon 20, we jumped at the opportunity to join. We’re both interested in security and hardware-hacking and starting pondering the best ways to get there.

After a heated debate and damaged friendships, it was decided that the best way to get to Las Vegas from San Francisco would be via a fifteen hour bus ride that would get us there at 4:00 am the day of the conference. This turned out to be a fantastic idea (sort of). The buses have wifi and power right? How bad could it be? 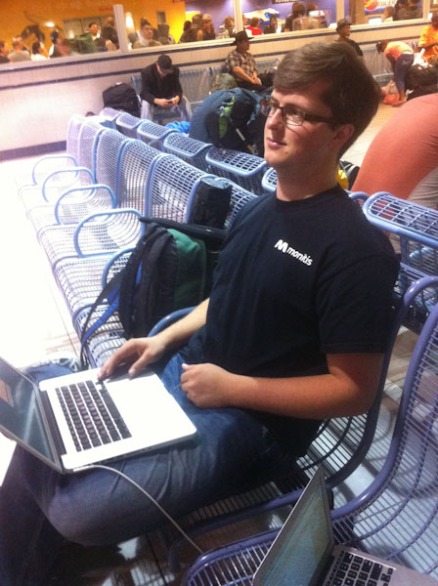 Although not one of the four buses we were on had either power or wifi, the first leg of the journey was exciting. We saw Central Valley for the first time, met (and smelled) many interesting people, and learned why people generally fly distances such as this one. Regardless, we got to do a lot of reading and web browsing (thanks to a Chromebook, an iPad and a Kindle) and before we knew it, flashing lights and almost-naked women surrounded us (red card). We had arrived! 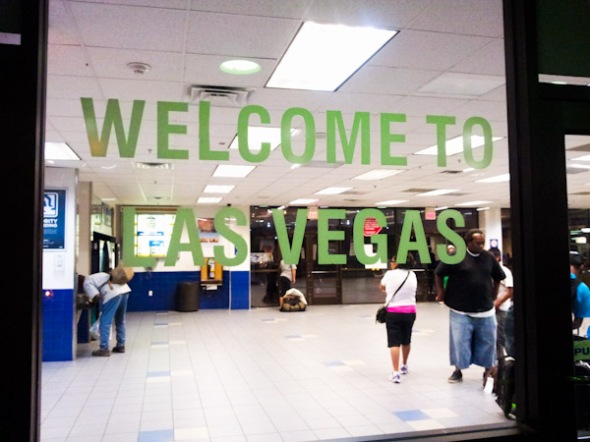 We arrived at the Con about four hours before badges were being sold. We joined the slightly existent (and totally unnecessary) line and struggled to stay awake while starting to get an idea of the demographic we’d be surrounded by for the next four days — nerdy guys and girls passionately discussing all kinds of things related to technology and hacking. Perfect.

The first day had only a single track, which was mainly devoted to “Defcon 101”, a crash-course in what the Con is about and some interesting tech talks, including “by far, the most drunken introduction to python I’ve ever witnessed” according to @McGrewSecurity.

On the whole, the Con was a blur. We saw tons of great talks about semi-devious and really creative things, from hacking wireless routers and remote-wiping smartphones with faked Exchange certificates (surprisingly easy) to open source peer-to-peer messaging with Android and an open-source drone platform for the common man. We learned how forensic investigators go about extracting data from computers they’re targeting, the best ways to delay them long enough to make them give up and how trivially detectable consumer Android spyware is. Yeah, it was awesome.

When we weren’t at talks, we were in the contest room, watching events like BroCTF, run by our colleague Nick, or at the lockpick village, worrying about just how easy it is to pick ordinary house locks. 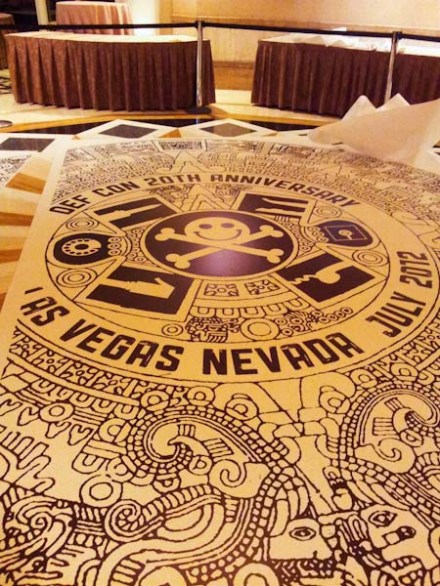 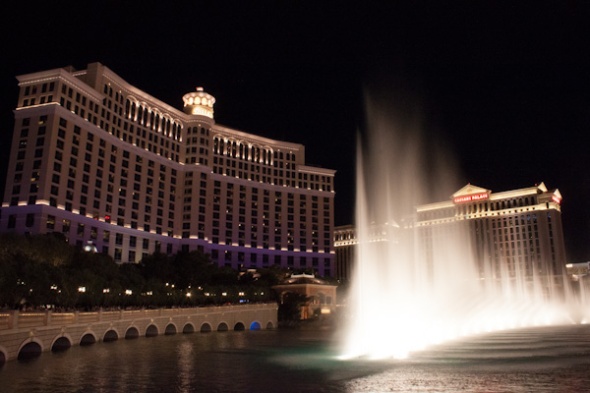 Of course, we didn’t spend all our time at Defcon. Being in Vegas for the first time, we had to go out and explore Sin City. We had a few nice reasonably priced $100 dinners (we can expense those, right?) and saw the sights. Las Vegas is a truly unique place, even without the gambling and prostitution. It’s even better at night when you can go outside without melting (the lights look nice too).

As we left the Golden Nugget’s award-winning* buffett to catch our 12:01 am Greyhound bus, we silently reflected on a great first Defcon experience and looked forward to telling our compatriots about our experience (sixteen hours later, of course).

Oh, and a shower, we certainly needed that too.

*By award-winning, we mean terrible