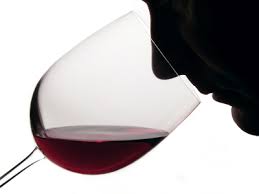 On a recent flight from ATL to SFO I sat next to a woman coming out to San Francisco for an advertising conference.  We got to talking, and when I mentioned that I had started Expensify, she shared her own entrepreneurial story with me.  What struck me most about her story wasn’t the uncanny similarity to the movie Sunshine Cleaning (she’s cute, starts a cleaning company, struggles to make it work, and eventually finds success), but rather how she began:

When I started the company, I had no idea what I was doing.

I thought that was so refreshing to hear, because this town seems full of people who will tell you with utter confidence that they not only know what they’re doing, but what you should do as well.  The blogs celebrate visionary founders who ruthlessly pursue crystal-clear plans, as if operating out of some proven playbook that is secretly shared amongst the rich and powerful.

But I think that’s all a sham.  There is no playbook.  The visionaries are called that after their visions have come true.  For every one Mark Zuckerberg or Steve Jobs, there are a thousand others who try the same techniques but toil endlessly in obscurity.

At the end of the day, I just don’t think entrepreneurship is a science — at least, not one that anybody understands.  Life is simply too short for anybody to personally accumulate enough first-hand knowledge to speak with authority on the “right” or “best” way to start a company; nobody has enough reliable data to draw any sort of statistically-significant conclusion.  And the people best positioned to learn from others — investors — are too often fed a very carefully-crafted, narrow vision of what’s happening in their portfolio companies, and thus never really know the real story.  Even (or especially?) the authors and academics who make a business out of studying business — they seem to disagree even more than most, producing endless shelves of controversial and contradictory books, each touting itself as a different yet still final word.

So if you’re starting a company and feel you’re out of your league and usually don’t know what to do: don’t feel bad.  Nobody does.  And the people who think they know, they’re probably just fooling themselves.

As much as we might prefer otherwise, starting a company — even a series of companies — isn’t a scientific endeavor.  It’s not a series of repeatable experiments.  Rather, it’s like drinking one unique, once-in-a-lifetime bottle of wine at a time: each of which is stored, opened, and tasted under different conditions, paired with different foods, and enjoyed with different company.  What tastes good and works well for me might have the totally opposite effect for you, and that’s ok.  Because entrepreneurs aren’t professional scientists, they’re amateur sommeliers, and that’s what makes it so fun.